Get ahead of the curve with Crypto Regulatory Sandbox 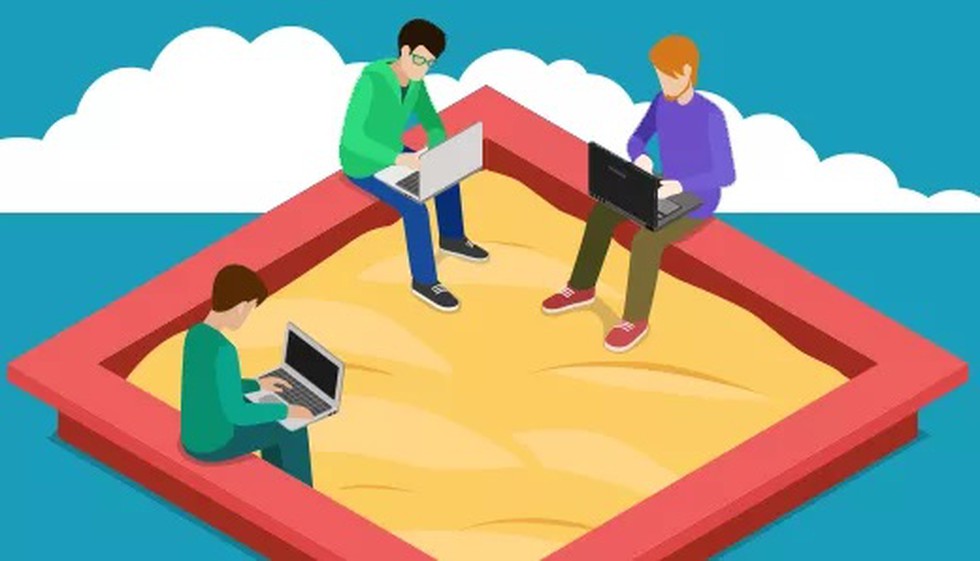 Get ahead of the curve with Crypto Regulatory Sandbox

A regulatory sandbox for cryptocurrencies is a testing environment that simulates real-life conditions to test for compliance with financial regulations, as well as security checks.

A sandbox is an isolated testing environment where software, applications (apps), and programs can be tested. This term is commonly used in the field of software development. If a programmer writes a new piece of code, they may use a sandbox to test it before releasing it to the public or integrating it into preexisting code. For example, before a programmer updates the Uber ride-sharing app or a team of developers at Facebook launches a new feature, it is often tested in an isolated and controlled environment called the sandbox.

Regulatory sandboxes are simply an effort to streamline and improve regulations by working with all the agencies and companies involved. This helps everyone gain a better understanding of what is required, as well as testing new regulation frameworks in order determine how best to proceed for future endeavors.

Sandboxes can be either broad or targetted in nature. A targeted sandbox, for example, might create testing environments to improve payment systems and develop digital authentication to prevent fraud or system hacking. By allowing security aspects of new code to be verified, a sandbox goes beyond merely testing features and functionality.

Regulatory sandboxes are used to see if a new technology works and how best to introduce it into a financial system. Blockchain is one such tested technology. It manages financial transactions by creating permanent records verified by multiple parties rather than just one, as in a traditional database.

Blockchain technology typically operates as a shared public ledger, but can also be designed to only allow certain authenticated participants access through private blockchains. After all parties involved have approved and validated a transaction, a new block is added to the network.

The EBP is designed to promote blockchain technology and speed up innovation in the EU. Its goal is to provide digital public services that are secure, efficient, and trustworthy. The initiative will also help reduce costs for companies and make it easier for citizens to access important services like regulatory reporting, energy, and logistics.

Sandboxes are helpful for regulators to learn about newer technologies, such as financial technology (or fintech), which provide online and mobile financing products. Many banks and financial firms rely on digital production to enhance their customer’s experience. The following services factor into the digitization of financial services:

Although fintech is a term typically used to describe the technology employed in the banking sector, it has broadened to include other industries such as education and government agencies who utilize electronic payments. Yet, because the financial world is carefully monitored by laws and regulations, compliance is always required.

Regulatory sandboxes permit enterprises to legally test their original products, services, business methods, and delivery channels in the market with real people. By doing so, it reduces the amount of time needed to bring a product to market while also being cost effective. Furthermore, it enables better access to funds and compliance with regulatory guidelines. Lastly, these sandboxes provide an opportunity for fintech creators and businesses to talk directly with regulatory personnel – lessening concerns around security risks or negative outcomes related thereto.

As more and more people get interested in blockchain technology and digital currencies, it’s becoming important to make sure these things are safe and regulated. But incidents where people have their cryptocurrency stolen or hacked, or where they’ve been scammed, keep happening, which is preventing even more adoption.

The U.K.’s Financial Conduct Authority (FCA) is one example of a regulatory body that has extended its reach into the virtual world of cryptocurrencies. In July 2020, the FCA granted 22 companies access to its regulatory sandbox service, which allows businesses to test blockchain products under controlled conditions.

The U.S. has been pretty lax in their regulations around cryptocurrencies and blockchain technology, which Mick Mulvaney, the former acting director of the Consumer Financial Protection Bureau (CFPB), announced when he launched a regulatory sandbox in July 2018 that would hopefully encourage these technologies. Then-candidate for president Michael Bloomberg recognized this need for promotion of innovation and called for his own “fintech sandbox” in early 2020.

In November 2020, the Spanish government signed a law called the Digital Transformation of the Financial Sector. This law created a sandbox for cryptocurrency and fintech companies to test out new products and services. As the sandbox develops, it could lead to wider use of cryptocurrencies in Spain – and act as a model for other European Union countries. Spain is already ahead of many countries when it comes to offering cryptocurrencies. There are more than 120 Bitcoin ATMs in Spain!

In the next few years, it’s probable that more companies and governments will adopt crypto sandboxes as they investigate blockchain technology and cryptocurrencies. Nonetheless, we don’t yet have any definite conclusions from existing sandboxes because their findings haven’t been put into practice yet. Cryptos have had to deal with a lot of issues, like hacks where money was taken illegally- for instance, in 2016 $50 million dollars were stolen from Ethereum. The disagreement on how to handle the hack led to the split of the network into two separate blockchains: Ethereum (ETH) and Ethereum Classic (ETC).

It’s crucial to remember that even though more people are investing in blockchain technology, it doesn’t mean that the cryptocurrencies commonly traded today will be used on those networks.

The Union Bank of Switzerland (UBS), for example, has developed a sandbox that explores the use of blockchain technology within the banking sector for payments. UBS partnered with several other large banks to create a Utility Settlement Coin (USC); USC is digital cash and would be converted on a one-to-one basis with fiat currencies like euros or American dollars. A central bank backs USC’s value against real cash reserves.